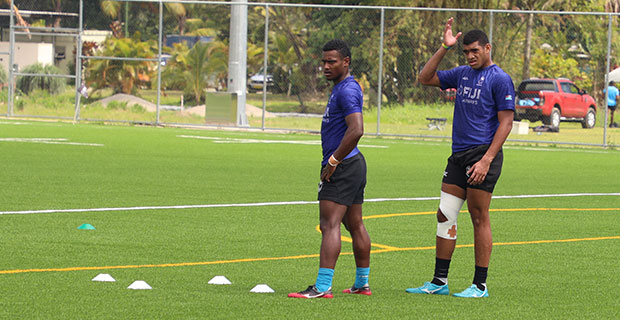 Meli Derenalagi is fit and is working hard to earn a place in the 13-men traveling squad for the Hamilton and Sydney 7s despite reports of the player picking up an injury.

Fiji Airways Men’s National 7s Team Coach, Gareth Baber says he is not sure where those reports of Derenalagi came from adding that Derenalagi is doing the work to be ready for Hamilton.

With Captain Paula Dranisinukula set to miss the next leg with a hand injury, Baber will have another decision to make on who will captain the side in Hamilton.

He says there are some options adding that Jerry Tuwai is a natural leader, and Derenalagi did captain the side in one of the games in the last leg.

Baber says he will make the decision closer to the tournament.

Fiji’s first pool match in the Hamilton 7s is against Samoa at 12.57pm next Saturday, they will take on Australia at 6.35pm the same day and play Argentina at 11.57am next Sunday in their last pool match.