Congratulatory messages continues to pour in for Tuwai

Congratulatory messages continues to pour in for Tuwai 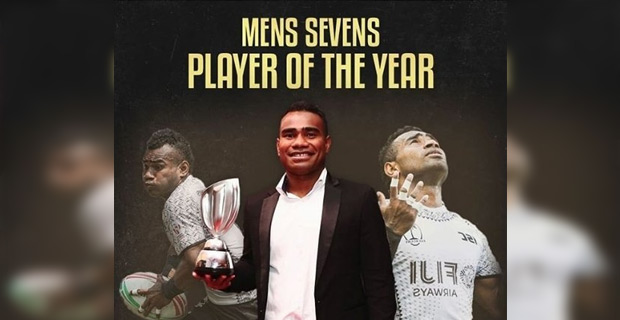 The congratulatory messages for Fiji 7s star, Jerry Tuwai continue to pour in.

Bainimarama says it is a well-deserved accolade for Tuwai.

He says we know Tuwai is far too humble to sing his own praises, but with 18 cup finals, one Gold medal, and three World 7s Series titles, he is not only the man of the year in 7s Rugby, but he is also one of the greatest players of all time.

Former captain and coach, Waisale Serevi, says that he is proud of Tuwai and has thanked Tuwai for all that he has done for Fiji.

The National Federation Party says Tuwai has made his community and the country proud.

They say his display of pride and patriotism is laudable adding Tuwai is the true embodiment of hard work, determination, and humility-traits that have propelled him from humble beginnings to fame and stardom.

Tourism Fiji’s Chief Executive Officer, Matthew Stoeckel has confirmed that they have progressed into Stage Two of their Market Re-entry Plan follow... 7 hours ago
LATEST NEWS