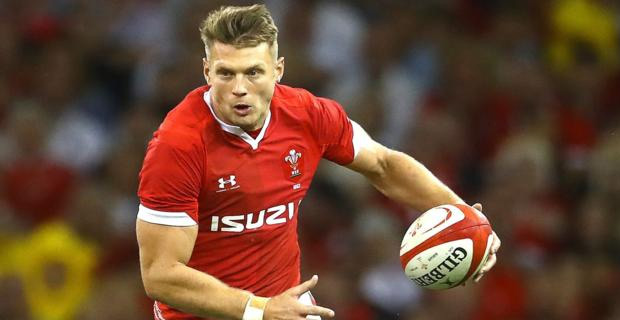 Wales play-maker Dan Biggar has been declared fit to face Fiji after suffering a head injury against Australia.

Biggar, who has 75 caps and 367 points for Wales, is at the heart of a strong starting 15, which has only two changes from the team that beat Australia.

Both changes are in the back row, where Ross Moriarty and James Davies come in for Aaron Wainwright and Justin Tipuric, while Josh Navidi switches from number eight to blindside flanker.

It will be another record-breaking match for captain Alun Wyn Jones, who will overtake George Gregan to become the fourth most capped player of all time. He will also draw level with Gethin Jenkins on 18 RWC appearances and extend his Wales cap record to 131.