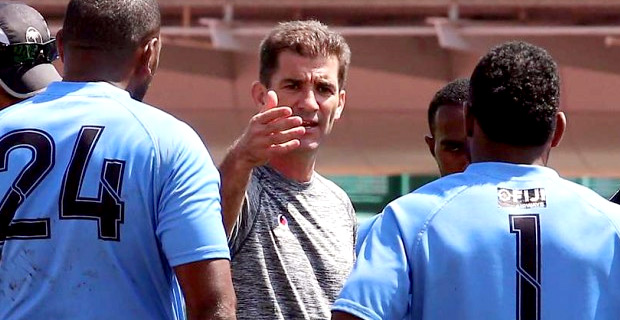 Fiji Airways Men’s National 7s coach, Gareth Baber stressed that he will only take in overseas-based players who are willing to commit to the team in terms of preparation towards the Olympic Games in Tokyo this year.

Baber says they have been having discussions with players from overseas clubs and most of the players have shown interest but they will need players who are committed to the team.

He says if any player can join the team for a 6-week training session and show that they have the fitness level to work with the team that will be a great advantage for them.

Players like Semi Radradra, Semi Kunatani and Josua Tuisova had earlier shown interest in representing Fiji in the Olympics.

Meanwhile, Fiji’s first pool match in the Hamilton 7s is against Samoa at 12.57 pm next Saturday, they will take on Australia at 6.35 pm the same day and play Argentina at 11.57 am next Sunday in their last pool match.

Ten people were arrested for breaching the nationwide curfew from 10 o’clock last night to 5 o’clock this morning with one suspect possibly ... 51 minutes ago

A Police officer has been charged with Failure to Comply with Orders after allegedly breaching the curfew over the weekend. During the curfew ... 53 minutes ago