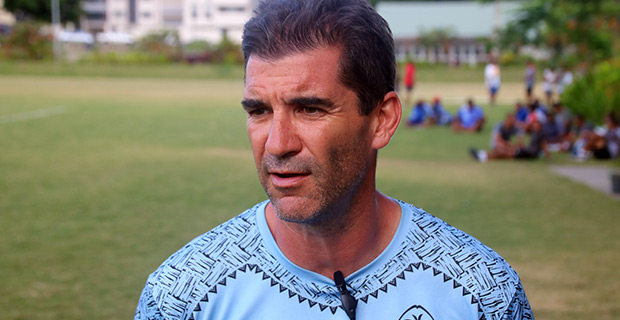 Forward Kavekini Tabu and utility back Rusiate Matai have been named in the squad since World Rugby Player of the Year Jerry Tuwai is not available.

Another promising inclusion is Vodafone Fiji Under-20 rep Simione Kuruvoli who is the 13th player.

Baber says he wants to see these players playing in a competitive environment and also where are they are in terms of their fitness level.

Nacuqu will lead the team as Baber has rested captain Paula Dranisinukula.

Fiji is pooled with New Zealand, Japan, New Caledonia and Niue in Pool A.

The Oceania 7s kicks off tomorrow and will finish on Saturday at the ANZ Stadium in Suva.

Fiji will play Niue at 1.34pm tomorrow, their second game is against Japan SDS at 7.26pm tomorrow, Fiji plays New Caledonia at 3.02pm on Friday before playing the final pool game against New Zealand at 7.26pm Friday.

Meanwhile, seven members of the extended squad are travelling to Australia with Assistant Coach Joe Savou to participate in the Darwin 7s.