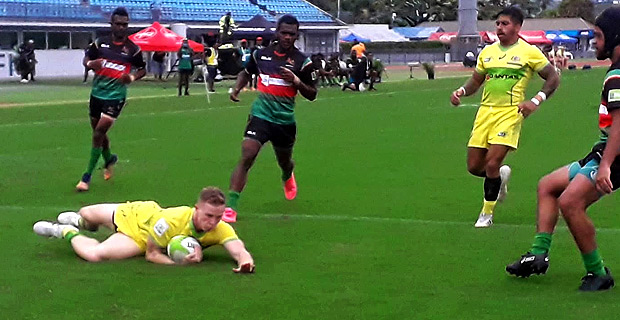 Lachlan Anderson scores a try during the match against Vanuatu

The Australian Men's 7s Team defeated Vanuatu 52-7 in their first match of the Men's Olympic Qualifiers at the Oceania 7s tournament.

Australia started off strongly with three tries in the first half to lead Vanuatu 19-5 at the break.

Australia came off firing in the second half scoring another 5 tries to seal the victory.

The Oceania 7s tournament is currently underway at the ANZ Stadium and will end this Saturday. Stay with us for updates.