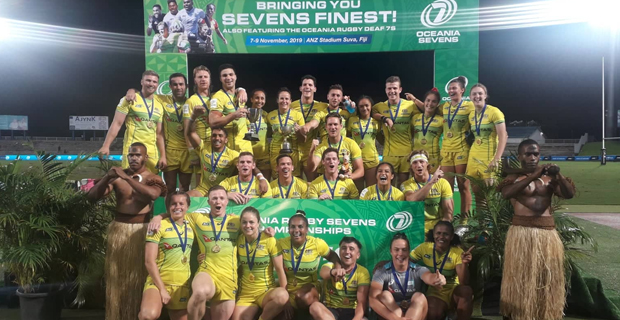 The Australia Men's 7s Team has been crowned the new Oceania 7s champion after they defeated Fiji 22-7 in the final.

Fiji started strongly with a try from Kavekini Tabu but they made a lot of mistakes in the second half and Australia took advantage of it.