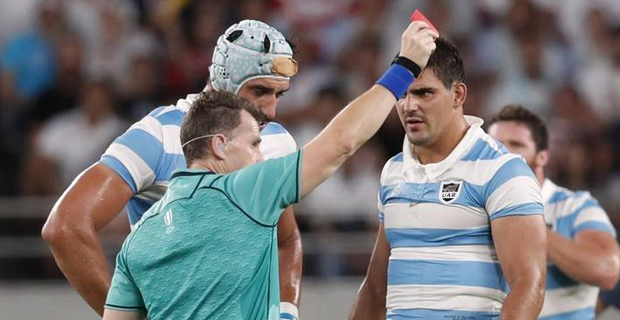 The Rugby World Cup judiciary has handed down its toughest decision yet.

Stuff.co.nz reports Lavanini admitted his shoulder-led charge into the neck of flyhalf Owen Farrell at Tokyo Stadium was a red card offence.

The second red card of his test career didn't warrant a 50% discount from a six-game sanction and he was handed the biggest ban of the tournament where rugby's administrators have ordered a crackdown on dangerous play.