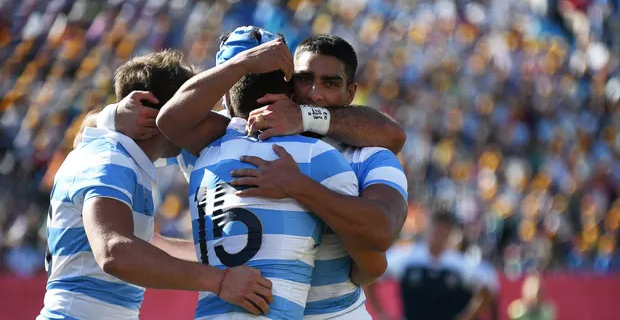 Argentina ended a disappointing Rugby World Cup campaign on a high as they ran in seven tries to hammer the United States 47-17.

Argentina's chances of reaching the quarterfinals was ended by defeats at the hands of France and England.

The Guardian reports there were two tries each for Joaquín Tuculet and man-of-the-match centre Juan Cruz Mallia, while recalled flyhalf Nicolás Sánchez, Jerónimo de la Fuente and Gonzalo Bertranou also scored to secure their ninth win in nine meetings with the US.

They finished third in the pool with 11 points from their wins over Tonga and the US but that represented a considerable step backwards for the 2015 semi-finalists, especially on the back of such an impressive Super Rugby campaign by the Jaguares.