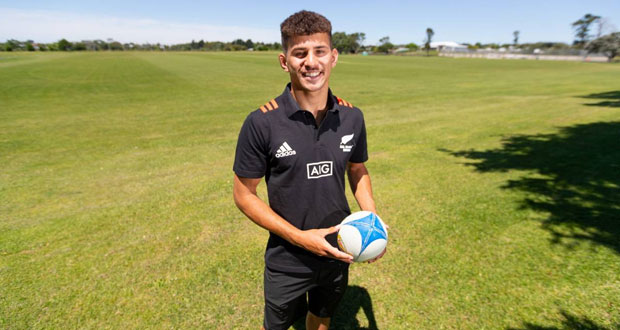 Another player with links to Fiji has forced his way into the All Blacks 7s extended squad for the 2020 Tokyo Olympics.

Jacob Ratumaitavuki Kneepkens who represented Fiji in the Pasifika Youth Rugby League Cup in 2017 now has the chance to impress New Zealand 7’s Coach, Clark Laidlaw to make it into the final team to the Olympics.

Five more players who have links to Fiji and have also featured predominantly for the All Blacks 7’s team over the last few years have also been named in the extended squad for the current World Rugby 7’s series leaders.

New Zealand lost to Fiji 12-7 in the quarters of the Rio Olympics.

The 2020 Tokyo Olympics will be held in July and August this year.