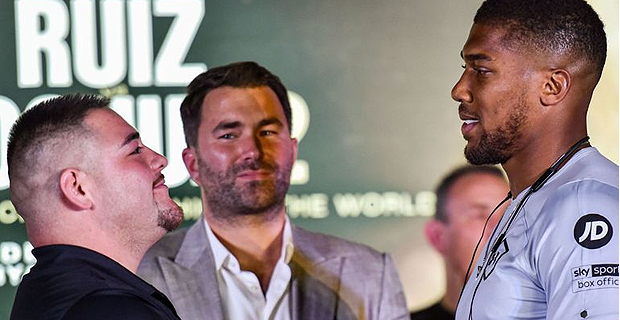 Andy Ruiz Jr has told Anthony Joshua that he believes Joshua quit at the end of their first fight in June earlier this year.

During the Sky Sports face-to-face ‘Gloves Are Off’ show, Ruiz says that he is planning to end Joshua’s career in their upcoming rematch as he sees the fight as a ‘him or me’ scenario.

When asked whether he agreed with people who have claim that Joshua quit when their fight was stopped in the seventh round, Ruiz says that he felt Joshua quit because of the way that it ended.

He says Joshua did not really know where he was at that moment and believes he really quit.

The 'Clash On The Dunes', as the fight is being dubbed, is the first World Heavyweight Boxing title fight to be held in the Middle East.

Joshua will fight Ruiz at 10am next Sunday in Saudi Arabia.

Fiji’s seasoned diplomat and former Minister for Foreign Affairs, Ratu Inoke Kubuabola has been nominated as Fiji’s candidate for the position of ... 7 minutes ago

A 19-year-old woman will give evidence in her uncle’s rape trial which will begin next Wednesday. Suva High Court Judge Justice Salesi Temo was ... 57 minutes ago