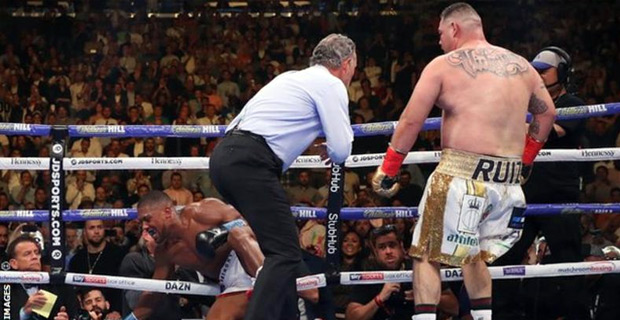 WBO, IBF and WBA Heavyweight Champion of the World Andy Ruiz Jnr says he is better equipped for his fight against Anthony Joshua because this time he has more time for preparations.

Speaking in an interview, Ruiz says he has quality sparring partners this time around who are of the similar stature as Joshua.

He says the week has mostly been about studying Joshua, working hard and getting ready for war again.

Ruiz says Joshua did get him with a perfect right hand in the first fight that could have knocked anybody out but the will to win helped him get back up.

Ruiz adds he knows Joshua is trying to be light enough so he can move around quickly in the ring but its still unclear whether he will have the same power.

Mexican-American Ruiz shocked the boxing world in June, when he inflicted Joshua's first loss, knocking him out at New York's Madison Square Garden.

The boxing program in Saudi Arabia will start at 6am next Sunday.

A 37-year-old man who is alleged to have raped, assaulted and robbed a 58-year-old woman in a settlement in Suva has pleaded not guilty to all his ... 47 minutes ago

A 36-year-old man from Samabula who was allegedly found with two bags of methamphetamine and five bullets of marijuana has been remanded in custody ... 51 minutes ago

Former Lawyer Shazran Abdul Lateef and Zoe Maharaj Moore who are charged with drug-related offences will take their plea on the 22nd of this ... 54 minutes ago

Police and the Land Transport Authority of Fiji are searching for a suspect of a hit and run incident which caused the death of a man in Saweni, ... 59 minutes ago