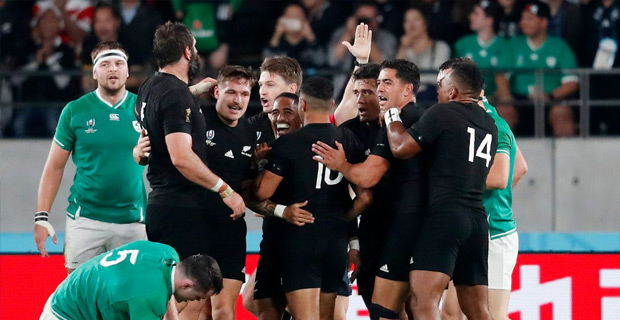 Demand for tickets to the Rugby World Cup semifinal between England and the All Blacks has skyrocketed, with fans paying thousands for a seat to this Saturday's clash.

The semifinal will be hosted by Yokohama's Nissan Stadium which can cater for 75,000 people.

Controversial reseller Viagogo are also listing tickets, with a top price of about 5,000 Fijian dollars.

TVNZ News reports World Rugby is urging fans to only purchase tickets from approved sellers, releasing a statement saying with such incredible demand for tickets, people may be tempted to buy through unofficial sources.

According to World Rugby, it's just not worth the risk.

The All Blacks will face England at 8pm this Saturday in the first semifinal while Wales will take on South Africa at 9pm this Sunday in the second semifinal.

Registrar of Political Parties, Mohammed Saneem has suspended SODELPA for 60 days as it has failed to conduct its management board meeting as per thei... 48 minutes ago
LATEST NEWS

The WHO suspends testing of hydroxychloroquine as a possible Covid-19 treatment. A study suggested the drug could cause heart problems in patients ... 44 minutes ago