All Blacks mapped out a plan to minimise Ireland's first-five

All Blacks mapped out a plan to minimise Ireland's first-five 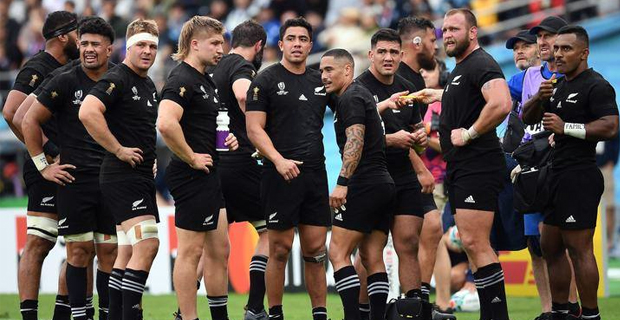 The All Blacks have mapped out a plan to minimise Ireland's first-five, Johnny Sexton's influence in their quarterfinal match tomorrow.

All Blacks coach, Steve Hansen has named Sam Cane and Ardie Savea as his starting flankers and specialist opensider Matt Todd on the bench to keep the pressure on Sexton when one of the two are removed from the game.

Up against a dangerous combination, skill and pace, the Wallabies were clinically shut out of the Bledisloe Cup decider as the All Blacks embarrassed Michael Cheika's side 36-0.

All Blacks flanker, Matt Todd says Sexton is a brilliant player and putting pressure on that position will enable Sexton to have little influence in Ireland's play.

Todd says they will want to take away his time, take away his space and make it as hard for him as he will be a key player for them.

If the All Blacks comes out victorious in this game, they are expected to face Australia or England in the semifinals next week.

Registrar of Political Parties, Mohammed Saneem has suspended SODELPA for 60 days as it has failed to conduct its management board meeting as per th... 1 hour ago
LATEST NEWS

The WHO suspends testing of hydroxychloroquine as a possible Covid-19 treatment. A study suggested the drug could cause heart problems in patients ... 1 hour ago