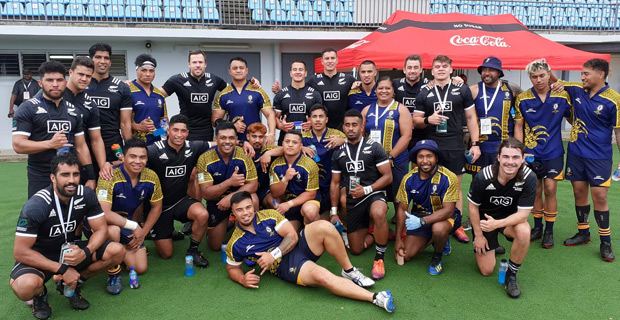 The All Blacks 7s Team beat Niue 38-0 in their second pool match of the Oceania 7s.

New Zealand led Niue 17-0 at the break with two tries from Dylan Collier and a try from William Warbrick.

They scored three more tries in the second half from Te Rangatira Waitoka, Jamie Stewart and Trael Joass.

New Zealand had thrashed New Caledonia 57-0 in their first match.

New Zealand's next match is against Japan SDS at 2.40pm tomorrow.