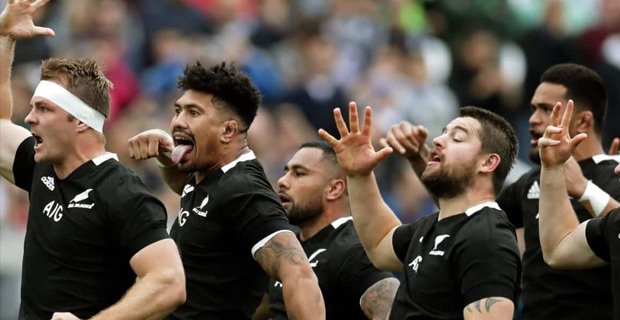 Sam Cane and the All Blacks during the pre-match traditional challenge . [image: Allblacks.com]

The new All Blacks coach will start his tenure against Wales at Eden Park on July 4th in a repeat of the Rugby World Cup bronze medal match.

New Zealand Rugby have announced the venues and dates for the All Blacks season, with Auckland, Wellington, Dunedin and Hamilton set to share hosting rights for the six home tests.

The All Blacks play Wales in Auckland on July 4 - a fitting venue for new Wales head coach and former Auckland and North Harbour coach Wayne Pivac.

The two sides will then play in Wellington a week later in what will be Wales' first visit to New Zealand since 2016.

Scotland arrive for a one-off test in Dunedin on July 18 - the Scots' first match against the All Blacks on New Zealand soil in 20 years.

The All Blacks face Dave Rennie's Wallabies in their first Rugby Championship match in Wellington on August 15, while also hosting Argentina at FMG Stadium Waikato on August 29 and the world champion Springboks at Eden Park on September 5.

CCTV cameras will soon be installed in locations around Nausori Town to help Police deal with growing concerns about the increasing number of criminal... 31 minutes ago
LATEST NEWS

A 19-year-old woman will give evidence in her uncle’s rape trial which will begin next Wednesday. Suva High Court Judge Justice Salesi Temo was ... 28 minutes ago