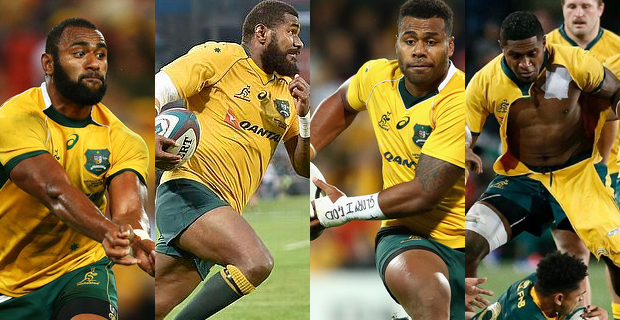 Four players with links to Fiji have been included in the Wallabies 31-man Rugby World Cup squad.

They are Samu Kerevi, Tevita Kuridrani, Marika Koroibete and Isi Naisarani. There are a few surprises in the Wallabies squad.

Queensland rookie Jordan Petaia is the only player to make his debut in a fairly experienced group.

Of the 31‑man squad, 18 will be featuring in their first Rugby World Cup campaign while 13 have been there at least once before.

In the forwards, there is no Will Skelton.

Jack Dempsey has been included in the squad despite suffering a shoulder injury in club rugby that has him under a cloud.

No. 7 David Pocock will also fly to Japan, despite missing more than six months of rugby with a niggling calf injury.

James O'Connor has continued a remarkable return to the Test fold with his selection in the group, eight years after his last World Cup appearance.

Ashley‑Cooper will become just the second Wallaby behind George Gregan to play in a fourth consecutive Rugby World Cup, despite having played limited minutes in the Rugby Championship.

The flyhalf trio of Christian Lealiifano, Bernard Foley and Matt To’omua have all been named in the 31.

The Wallabies open their Rugby World Cup campaign against the Flying Fijians at 4.45pm on the 21st of next month.