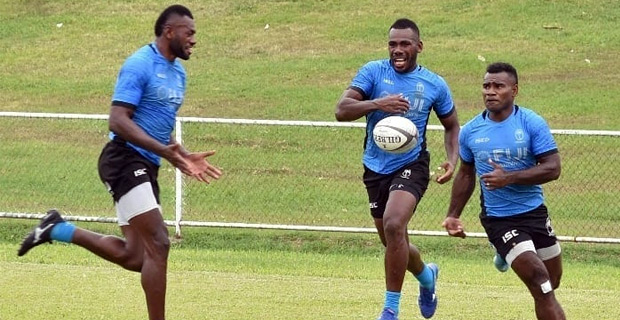 Fiji Airway Men’s National 7s Team Coach, Gareth Baber says what makes it difficult is that he sees 7s being refereed differently from 15s and he had several conversations with the players after the Rugby World Cup in Japan.

Baber told Rugby Pass they sat there watching the matches and were confused by some of the decisions given in 15s.

He says they have to adapt to the referees in 7s to be able to create pressure.

Baber says the discipline record is something not to be proud of and it is an area that they are constantly working on.

He says they reflect on those yellow’s with the players and a lot of them came at crucial times under pressure.

Baber adds the natural way the game is played in Fiji and how the players have grown up means they have to educate them about how important it is to keep their discipline.

The team departs for Dubai today.

A 37-year-old man who is alleged to have raped, assaulted and robbed a 58-year-old woman in a settlement in Suva has pleaded not guilty to all his ... 12 minutes ago

A 36-year-old man from Samabula who was allegedly found with two bags of methamphetamine and five bullets of marijuana has been remanded in custody ... 16 minutes ago

Former Lawyer Shazran Abdul Lateef and Zoe Maharaj Moore who are charged with drug-related offences will take their plea on the 22nd of this ... 19 minutes ago

Police and the Land Transport Authority of Fiji are searching for a suspect of a hit and run incident which caused the death of a man in Saweni, ... 25 minutes ago