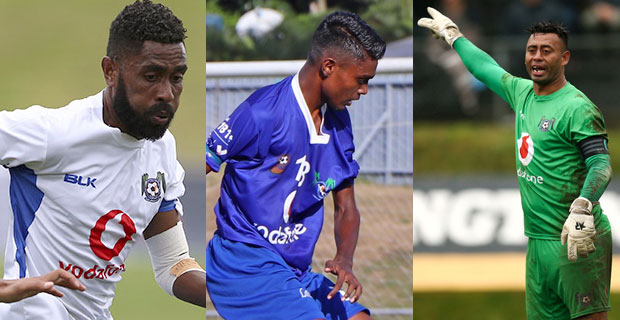 Drudru, Shivam and mateinaqara are among players that have applied for the release. [image: Fcabeook]

Five top players have shown interest to join the Ba Soccer side in the transfer window and have applied for their release.

Ba is currently preparing for the Pillay Garments Champion vs Champion series which kicks off at Churchill Park next Friday.

Team Manager Arvind Singh says they started training last week after a 3-month break and they are happy with the player turnout so far.

He also says that Solomon Islands international Darold Kakasi has returned home and will not feature for Ba this year while it is still unclear whether Vanuatu international Tommy Micah will join the side.

Ba plays Labasa in the first leg of the CVC Series at 7pm next Friday while the second leg is at 3pm next Sunday at Ratu Cakobau Park.

You can catch the live commentaries of both matches on Radio Sargam.