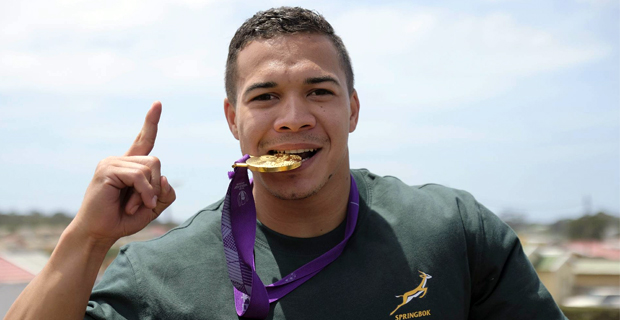 Springboks star winger, Cheslin Kolbe has revealed that he would like to add an Olympic gold medal to cap off an impressive year of rugby for club and country.

The 26-year-old winger clinched the Top 14 player of the season award in Paris following a spellbinding season with Toulouse, who won the French domestic title for the first time in seven years in June.

Kolbe’s spectacular form warranted an international call-up to the Springboks, and he played a vital role in South Africa’s Rugby Championship win in August and World Cup success.

Kolbe was part of South Africa’s bronze medal-winning side at the 2016 Rio Olympics, said he is yet to speak to Blitzbokke coach Neil Powell about a return to the national sevens set-up.

Fiji’s seasoned diplomat and former Minister for Foreign Affairs, Ratu Inoke Kubuabola has been nominated as Fiji’s candidate for the position of ... 18 minutes ago