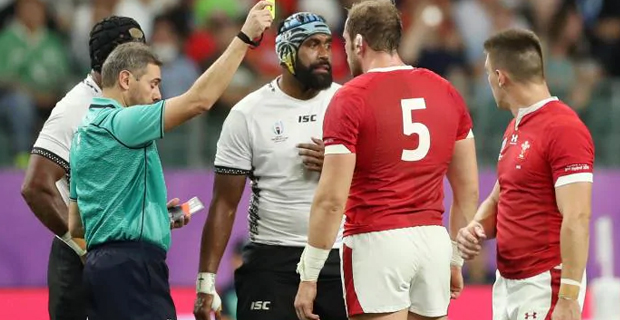 Former Wallaby Drew Mitchell has blasted the influence of Third Match Official Ben Skeen after he again dominated Fiji’s loss to Wales with his input from the stands.

Four yellow cards were given out in Wales’ 29-17 win that knocked Fiji out of the Rugby World Cup, with Skeen directly responsible for two of them.

FoxSports.com.au reports Skeen also played a big part in Australia’s loss to Wales that looks set to cost the Wallabies top spot in their pool and Mitchell called for the TMO to be dropped for repeated poor performances.

Mitchell said people are obsessed with the laws and if they are worried about safety they have to look back at the Ken Owens tackle on Viliame Mata.

He said the throw is such an aggressive one that Mata is hurtled beyond 180 degrees and the only reason Owens is not given a red card is because he landed on his back and not his head.