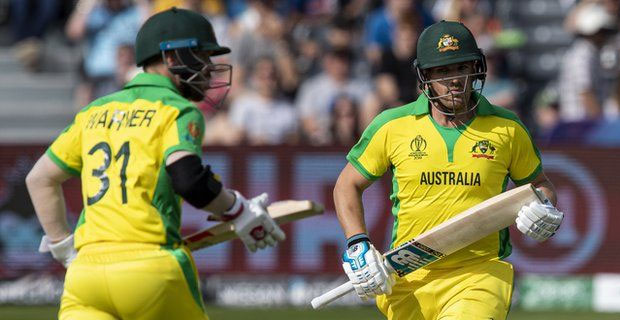 David Warner and Aaron Finch both struck unbeaten centuries as Australia hammered India by 10 wickets in the first one-day international in Mumbai.

Warner's unbeaten 128 and 110 not out from captain Finch took the tourists to their target of 256 with 78 balls to spare.

India had earlier been bowled out for 255 runs, with Mitchell Starc claiming 3 wickets.

Australia lead the three-match series 1-0, with the second game to be played on Friday.