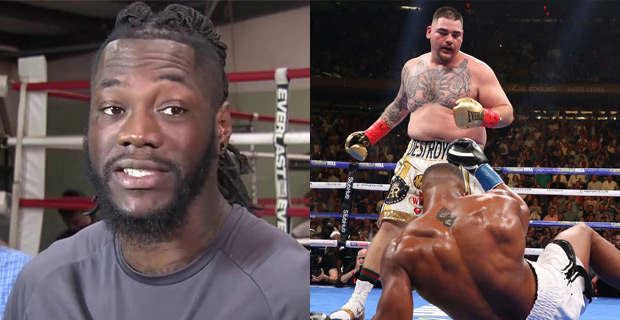 Speaking in an interview, Wilder says if the first fight between the pair is anything to go by then Ruiz will win the rematch easily.

Fresh after knocking out Luis Ortiz for the WBC Title last Sunday, Wilder says as a fighter he saw certain things in the first fight and if the two boxers go into the fight with the same mindset, the outcome wont be any different.

It will be very interesting if #JOSHUA beats #RUIZ

Then there will be #JOSHUARUIZ3

He also says that a Ruiz win will be good for him as he finally will get the opportunity to unify the Heavyweight division, something which is highly unlikely if Joshua wins.

The 'Clash On The Dunes', as the fight is being dubbed, is the first World Heavyweight Boxing title fight to be held in the Middle East.

Joshua will fight Ruiz at 10am next Sunday in Saudi Arabia.

CCTV cameras will soon be installed in locations around Nausori Town to help Police deal with growing concerns about the increasing number of criminal... 54 minutes ago
LATEST NEWS

Fiji’s seasoned diplomat and former Minister for Foreign Affairs, Ratu Inoke Kubuabola has been nominated as Fiji’s candidate for the position of ... 39 seconds ago

A 19-year-old woman will give evidence in her uncle’s rape trial which will begin next Wednesday. Suva High Court Judge Justice Salesi Temo was ... 51 minutes ago