Three sugar mills crush over 1.4 million tonnes of sugar cane till the 28th of last month

Three sugar mills crush over 1.4 million tonnes of sugar cane till the 28th of last month 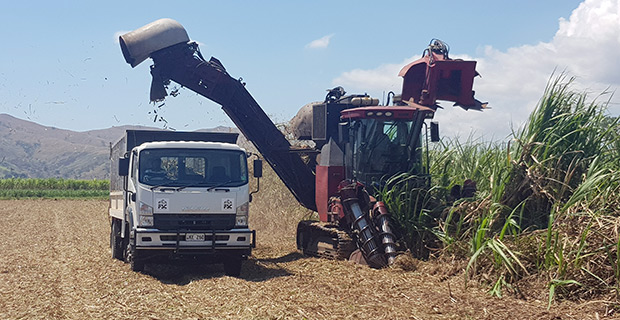 FSC has however highlighted that the start-stop nature of crushing operations, the high level of burnt cane received, wet conditions and delayed cane in the system have again affected production.

FSC adds results of cane quality received at the factory are starting to indicate a decline in the level of incoming cane and juice purity.

According to FSC, the Lautoka Sugar Mill has crushed 497,320 tonnes of cane and produced 45,648 tonnes of sugar.

FSC says apart from the scheduled mill stop for Diwali, the factory incurred inside stops, attributed to plant issues at the boiler station and 90% of cane received was burnt.

Rarawai mill operations were also impacted by the scheduled stop for Diwali and intermittent factory stoppages due to issues with boilers and the crushing station.

94% of sugar cane received during week 16 operations were burnt.

FSC says the amount of burnt cane received at the Labasa mill is also an ongoing concern, especially with the wet conditions.

The Acting Permanent Secretary for Health, Dr. James Fong will hold a press conference at 3 o’clock this afternoon in relation to COVID-19. Stay wit... 2 minutes ago
LATEST NEWS

Home & Living has opened its 11th store in Korovou which is expected to employ 4 people. The investment is over $100,000. Speaking during ... 48 minutes ago

High Court Judge, Justice Daniel Goundar has ordered that the 39-year-old Congo National Kiala Henry Lusaka who is alleged to have murdered his wife ... 56 minutes ago