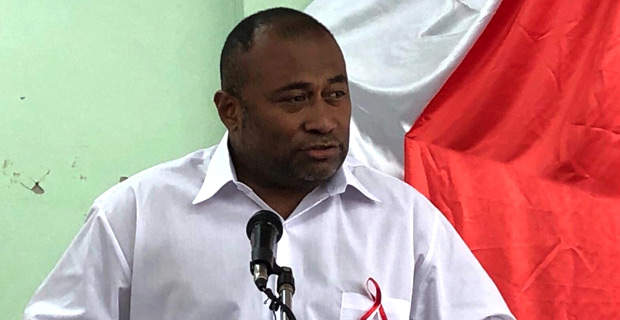 Minister for Health Dr. Ifereimi Waqainabete while speaking at the opening of the World Stroke Day at CWM Hospital

The youngest person to have suffered from a stroke in Fiji is a 12-year-old child.

This has been highlighted by the Minister for Health Dr. Ifereimi Waqainabete while speaking at the opening of the World Stroke Day at CWM Hospital.

Dr. Waqainabete says stroke is a deadly disease and is responsible for more deaths annually compared to AIDS, tuberculosis and malaria combined.

The Minister says stroke has no respect for age, race or religion as it can affect anyone.

Dr. Waqainabete stresses that people must understand that there are just as many people having strokes, as there are cancer patients.

The Minister says according to World Health Organisation in regards to the cases of hypertension which is a common cause of stroke only 20% of the people in the world get adequate treatment.

He says with professional public awareness stroke can be prevented, treated and rehabilitated and it is important that  homes, families and relatives of stroke patients to be educated on the issue regarding stroke.