Yato unavailable for game against Uruguay

Yato unavailable for game against Uruguay 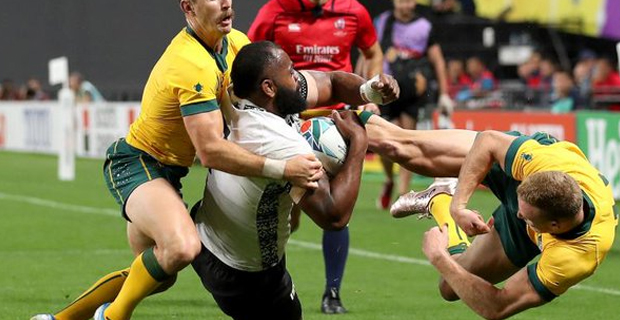 Fiji Airways Flying Fijians Coach John McKee has confirmed that flanker Peceli Yato who had an impressive game last night against the Wallabies will not be available to play against Uruguay on Wednesday.

Yato left the field in the 17th minute of the match after a head blow.

What if it was @peceli_yato who had made the despairing, no-arms, torpedo tackle on Wallaby winger Reece Hodge instead, just 5 metres out from the Fijian tryline with a certain try ahead? https://t.co/m8VRME3CuZ

He then failed a head injury assessment and sat out the rest of the match.

McKee says players are required to have a six day turnaround period when they have a head injury assessment so Yato will not be available for the next game.

He says they will have to take a look at how Viliame Mata will respond in the next 24 hours.