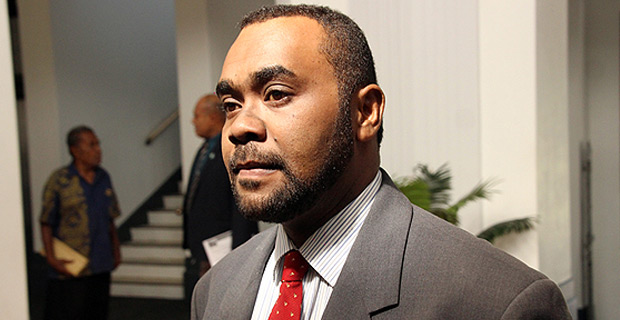 SODELPA has decided to not comment on the calls that have been made for the resignation of its MP Mosese Bulitavu because of the comments he made on the issue of violence against women.

Bulitavu had stated that the stabbing of a partner is a ‘vulagi’ or foreign way of doing things for the iTaukei and have been brought in by the descendants of indentured labourers from British India and that Indo Fijian women having extra‑marital affairs is rife.

SODELPA President, Ro Filipe Tuisawau says he will not be commenting on these calls that have been made. Bulitavu had earlier stated that he apologises unreservedly to those who have been offended by his comments in particular to the women of Fiji and the Indo‑Fijian community.

His apology comes after the Party President, Ro Filipe Tuisawau ordered Bulitavu to take his post down and apologise to the nation especially to those that were offended by his post.

Meanwhile, the Director of the Fiji Human’s Rights and Anti Discrimination Commission, Ashwin Raj had earlier highlighted that he does not believe that Bulitavu's apology was sincere as it was made under immense political pressure. We have made several phone calls to  Bulitavu, but to no avail.

The results for all 24 players that were tested for marijuana, methamphetamine and cocaine use during yesterday’s group matches at the Punjas ... 32 minutes ago