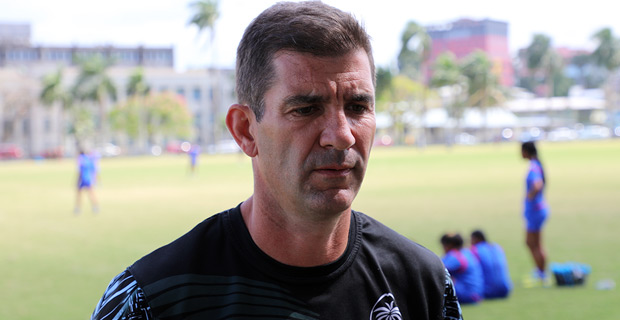 The Fiji Airways National 7s Men’s Team will have to win all their pool games to make it to the Cup semi finals of the Hamilton 7s Tournament this weekend.

As the team left for Hamilton today, Coach, Gareth Baber says he is disppointed with the new format however they can’t do much.

Only the winners of the pools will go to the semi finals as there will be no quarter finals in Hamilton, Sydney and Paris.

Baber says they just have to go and win all the games.

World Rugby has decided that the quarter finals will not be part of the two day tournaments in Hamilton, Sydney and Paris as they want to incorporate both men’s and women’s competitions.

Baber has made two changes to his team for the 2nd leg of the HSBC 7s Series.