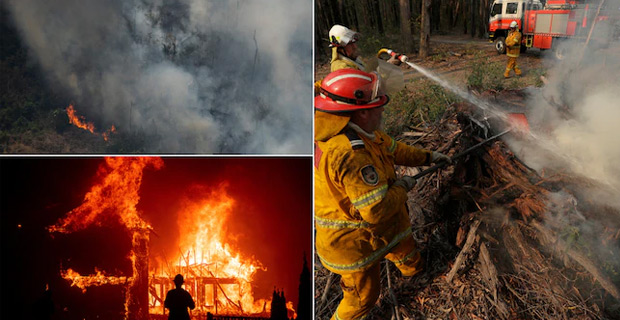 Australia continues to be devastated by the ongoing bushfires and while the shocking levels of destruction and loss of life have become global news, Australians are fighting to keep not only their houses safe, but do whatever they can for their neighbors and community.

Perth resident Folau Gaunavinaka who has links to Fiji confirms they were sent advisories yesterday to leave their houses. Luckily, however, he says wind direction changed and the fire is slowly dying down.

As #bushfires rage, 🇦🇺 is building a coal mine so big that it could push the world beyond the critical 1.5 degrees of warming causing #ClimateCrisis. Sign the petition to stop them. https://t.co/CM9PZihzBU

Gaunavinaka adds there were small bush-fires around Perth, however, it was not as bad as what his friends and family in Brisbane and Sydney are going through.

CFL has decided to start this appeal as Australia being one of our closest neighbours is going through one of the most difficult times in its history as almost 2,000 houses have been destroyed in months-long bushfire crisis and at least 25 people and millions of animals have died since September last year.

The bushfires in Australia are expected to continue for the next few months which will bring more devastation.

CCTV cameras will soon be installed in locations around Nausori Town to help Police deal with growing concerns about the increasing number of criminal... 37 minutes ago
LATEST NEWS

A 19-year-old woman will give evidence in her uncle’s rape trial which will begin next Wednesday. Suva High Court Judge Justice Salesi Temo was ... 34 minutes ago