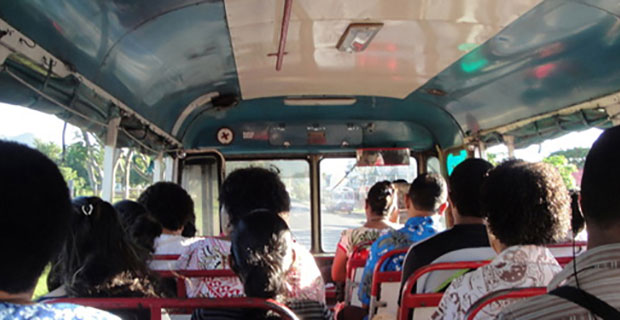 The Fiji Bus Operators Association met with the Fijian Competition and Consumer Commission yesterday to discuss issues faced by the bus operators including the bus fare.

President Nisar Ali Shah says three executives of the association were part of discussions with the FCCC.

Shah says they are now awaiting the decision of the FCCC.

He adds that they are hopeful that they will get a positive outcome because they want to resolve the matter and move forward.

We have sent questions to FCCC and are yet to get a response.

Meanwhile, Shah is calling on the Land Transport Authority and relevant government stakeholders to act urgently to avert a full-scale collapse of the bus industry as the latest operator ceased services last week.

Shah has called on LTA Chief Executive Officer, Samuel Simpson to work harder to bring all stakeholders together to resolve issues that are damaging the bus industry.

Shah says they want to sit, talk and resolve all outstanding matters between their members, the LTA and the government adding this is an emergency and it needs to be handled like an emergency and the time for letters is long gone, they need some action.

He adds the industry is in a critical stage and could collapse due to the low profits, deteriorating roads and competition from carriers and minibuses.

Shah adds bus operators are cutting back on unsustainable routes in an effort to cut costs and stay afloat.

Shah says they declare the solidarity with their members, Dominion Transport Company Limited as well as other operators including Nikhil Transport, whose business have also collapsed.

We have contacted Minister for Transport, Jone Usamate who says he will look into the issues.

We have also sent questions to LTA in relation to the concerns raised by the Fiji Bus Operators Association and are awaiting a response.