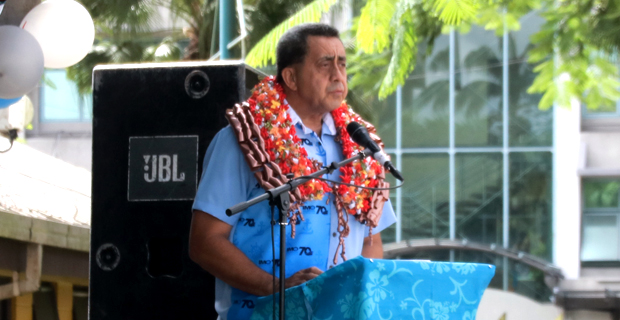 Maritime Safety Authority of Fiji says they are looking at engaging more women into the maritime industry with proper facilities.

MSAF Acting CEO, Captain Philip Hill says with the upcoming World Maritime Day with the theme Empowering Women in the Maritime Community, they will be focusing on how females can be well integrated into the industry.

Captain Hill says there is encouraging trend of females that have joined the Maritime Industry.

He says more awareness is needed when females are on board and for them to have a brother‑sister relationship with the rest of the crew.

He says they have had discussions with the shipping industry on how they can facilitate for females that are on board as domestic ships are not segregated for females.

Hill says currently they have 92 women with Certificate of Competency where training that is provided is to females also.

Police are still waiting for more medical statements before proceeding in the investigation of the 27-year-old flight attendant from Lautoka who was F... 15 hours ago
LATEST NEWS

There are now no longer weight restrictions on the Vatudova Bridge located between Nabouwalu and Labasa as Fulton Hogan under the supervision of the ... 10 hours ago

A farmer from Nabela in Labasa is devastated after his sugarcane plantation was allegedly set on fire. Aneel Chand says 170 tonnes of sugarcane ... 10 hours ago

Deputy Commissioner of Police, Rusiate Tudravu says there are areas that the Fiji Police Force needs to improve on and they do have mechanisms in ... 10 hours ago