Water Authority was allocated the sum that was requested - Bhavesh Patel

Water Authority was allocated the sum that was requested - Bhavesh Patel 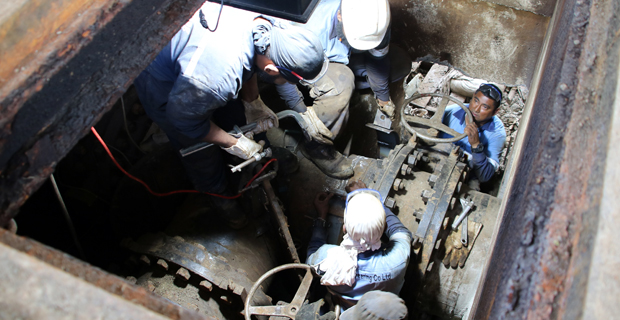 Water Authority of Fiji Chairman Bhavesh Patel says the 2019/2020 National Budget is a fair budget and the government has made reductions where it has deemed necessary to tighten the budget.

Patel has highlighted that the Authority has been allocated the sum that was requested based on the projects that were planned for the 2019/2020 financial year.

He says the biggest of these projects is the Rewa River Water Supply Scheme for which consultations are currently ongoing.

The Authority has been given the responsibility of undertaking the construction of the Rewa River Water Supply Scheme, worth $266 million.

This is the single largest infrastructure project ever managed by the Authority, and will benefit more than 300,000 Fijians.

The project which is expected to be completed in two to three year’s time, has been funded by the Asian Development Bank, the European Investment Bank and the Green Climate Fund.

The Water Authority of Fiji has been allocated an operating grant of $88.9 million and a capital investment of $169.7 million to allow Fijians to have access to clean safe water at any time of day or night as well as expand Fiji’s sewerage network. To date 26,867 households have benefitted from Government’s free water initiative.

The Water Authority of Fiji has been allocated a total of $258.7 million in the 2019/20 National Budget.