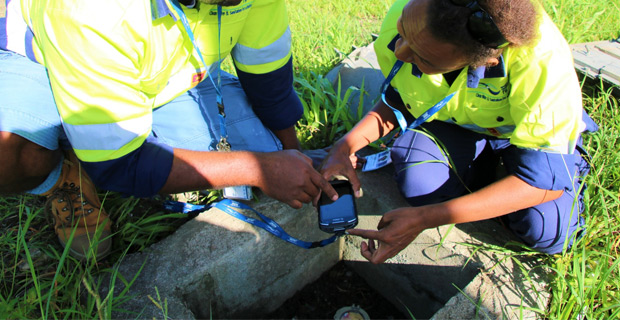 The Water Authority of Fiji will begin estimating the usage of inaccessible meters from this month.

WAF General Manager Customer Services and Acting General Manager Operations, Sekove Uluinayau says inaccessible meters has become a concern and this has led to unread meters and unbilled water usage for some 5000 customers since February this year.

Uluinayau says WAF has developed a new policy categorizing the types of inaccessible meters and ways they could conduct accurate meter readings to ensure households received their bills on time. He says inaccessible meters have been grouped into five categories which include meters that cannot be reached because of locked gates, ferocious dogs in compounds, meters buried under soil, meter buried underwater and meters located on slopes.

He adds these factors have limited WAF meter-readers from collecting data on water usage so they will begin estimating meter-readings for these households.

WAF staff will also be simultaneously working to make meters to these households accessible.

He also said billing estimations would take place for two quarters in a financial year, meter readers will also issue calling card to inaccessible properties where customers are given the provision to provide their own meter readings by contacting the Authority’s National Contact Centre on 3346777 or 5777 or email contact@waf.com.fj

The Head of the Catholic Church in Fiji Archbishop Peter Loy Chong says the church will be issuing a formal statement tomorrow in response to allegati... 29 minutes ago
LATEST NEWS

Three people who were involved in a car accident in Caubati, Nasinu this afternoon are undergoing medical treatment at the CWM Hospital. Two ... 16 minutes ago

Prime Minister Voreqe Bainimarama stresses that leadership lacks compassion in all sectors. Bainimarama highlighted this while speaking to the ... 20 minutes ago

Police have confirmed that a man has passed away in the horrific crash between several vehicles in Waqadra in Nadi along Queens Highway this ... 2 hours ago
More News
TOP