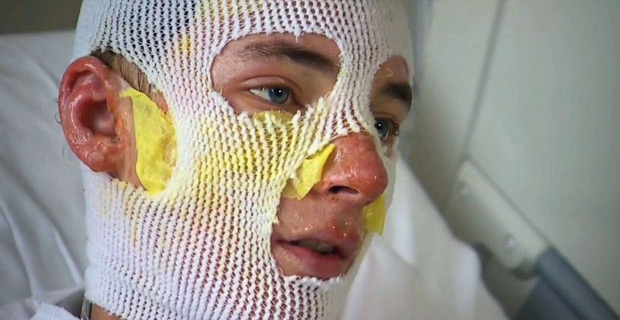 A Washington man ran straight into a burning building to save his 8‑year‑old niece when a fire broke out at their home.

Derrick Byrd says he has fourth‑, third‑ and second‑degree burns but does not regret any of the steps he took to save his niece.

When the fire started, Byrd's sister and her three children were trapped in a second‑floor room.

Byrd ran through the flames to get outside so he could catch his niece and two nephews as they jumped from the windows. The two boys, 6‑year‑old Junior and 4‑year‑old Rory, made the jump, but Mercedes was too scared.

Suddenly, Byrd's sister Kayla fell to the ground, and Mercedes fell backward into the home.

Byrd said he did not stop to think; he ran back into the burning home to save his niece. He grabbed Mercedes and took his shirt off to wrap around her face so she would not inhale smoke.

The results for all 24 players that were tested for marijuana, methamphetamine and cocaine use during yesterday’s group matches at the Punjas ... 49 minutes ago

Former politician and Taukei Movement member, Apisai Vuniyayawa Tora has passed away at the age of 86. In a statement, the family says the late ... 3 hours ago