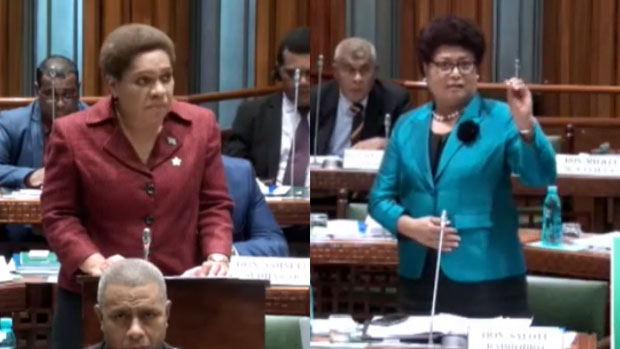 Minister for Women, Children and Poverty Alleviation Mereseini Vuniwaqa says the prevalence of violence in Fiji is amongst the highest in the world with almost 2 out of 3 or 64% of women been subjected to physical or sexual violence in their lifetime; double the global average which is 1 out of 3.

She adds that in 2019, 10 Fijian women were killed by their intimate partners.

While making her ministerial statement on National Action Plan on the Prevention of Violence Against Women, Vuniwaqa says it is important to acknowledge and recognise that there are not only painful personal stories behind these statistics but there are also attitudes, social norms and cultural complacency.

The Minister says once developed, Fiji will be one of only two countries in the world to have a whole of government to have an inclusive, evidence-based approach to prevent violence against women and girls.

She says the plan will focus on preventing domestic violence, intimate partner violence and sexual violence against women and girls with an emphasis on stopping violence before it starts.

The Minister also called out SODELPA MP Lynda Tabuya on starting a petition on domestic violence.

She says that her intentions may be good but there are already experts on domestic violence who are already working on a national plan for this.

Meanwhile, SODELPA MP Salote Radrodro has accused the Minister of only talking and not taking strong steps.

Radrodro says the biggest performance indicator of all these plans is the increasing rise in violence against women and children so it does not matter what is said but what people do.

She has however thanked the Minister for bringing the National Action Plan on the Prevention of Violence Against Women because she says that the opposition knows that the government has heard and considered what they had brought into the House before.

She says that they had tabled that there be a national inquiry on elimination of violence against women.