Visitor arrivals through cruise ships at all time high 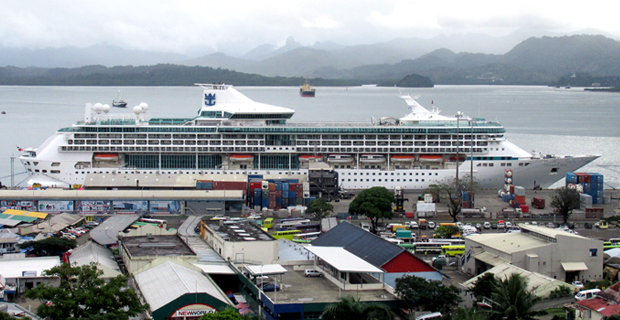 Visitor arrivals through cruise ships was the highest last year in the last five-year period.

Visitor arrivals through cruise ships has been on an

upward trend in the last five years and has significantly increased from 87,641 in 2014.

The bureau says cruise ship passengers are dependent on the number of cruise ships visiting the country.

SODELPA MP, Salote Radrodro had claimed in Parliament last week that during this government’s time, there has been a huge reduction in the number of cruise liners coming into Fiji’s ports.

She had asked Attorney General and Minister for Economy, Aiyaz Sayed‑Khaiyum to explain why there is a reduction of cruise liners as they contribute a lot to Fiji’s economic growth.

In response, Sayed‑Khaiyum had told her to provide statistics to back her claim.