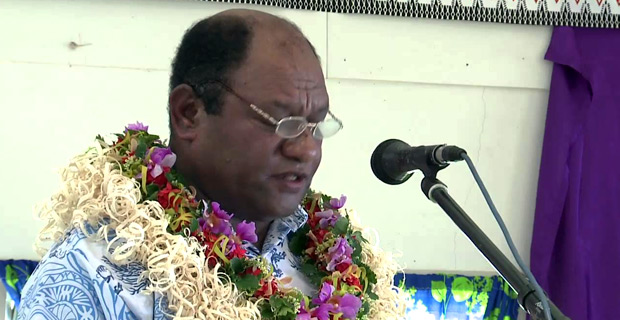 The Minister for Forestry Osea Naiqamu has called on villagers in Kadavu to unite and work towards building a better Fiji as the elections are over and Fiji First has won.

Naiqamu made the comments while visiting the villagers of Dravuni and Buliya in the Tikina of Ono in Kadavu.

Naiqamu is visiting the island of Kadavu to encourage communities to engage in Government’s 4 Million Trees in 4 Years initiative.

He stressed the importance of the initiative and encouraged villagers to plant as many trees as possible as a means of absorbing carbon and reducing carbon emissions through deforestation and forest degradation which in turn addresses the effects of climate change and its impacts.

Naiqamu is accompanied by the Minister for Fisheries, Semi Koroilavesau who is also promoting the 4‑months seasonal ban on the two fish species Kawakawa and Donu.

They will then visit Tawava village on Friday before they depart for Suva on Friday evening.