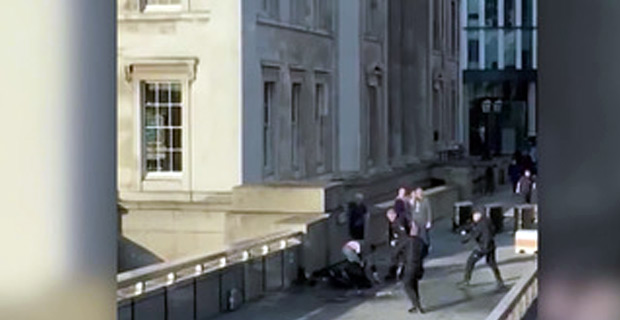 The man who carried out the stabbing attack at London Bridge was a former prisoner convicted of terrorism offences.

The attacker, named by police as 28-year-old Usman Khan, was out of prison on licence at the time of the attack, in which two people were killed and three were injured.

So let me get this right..
The two innocent people who said goodbye to their families & went to work this morning in London..... were killed by a convicted terrorist out of prison on license!
Death penalty for terrorism would have stopped this#LondonBridgeAttack #LondonShooting pic.twitter.com/wtoIBnaZUp

He was shot dead by officers after members of the public restrained him.

Khan was known to the authorities, having been convicted for terrorism offences in 2012.

He was released from prison in December 2018 on licence and clearly, a key line of enquiry now is to establish how he came to carry out this attack.

Officers are carrying out searches at an address in Staffordshire, where Khan had been living.

The attack began at Fishmongers' Hall, at the north end of London Bridge, where a Cambridge University conference on prisoner rehabilitation - called Learning Together - was taking place.

The suspect had been attending the event. He was released from jail a year ago on agreeing to wear an electronic tag and have his movements monitored.

Dozens of people were at the event, including students from the university and former prisoners.

The officers confronted the suspect - who was wearing what is believed to be a hoax explosive device - within five minutes of receiving the initial call.

One of the injured people remains in a critical but stable condition, a second was said to be stable and a third had less serious injuries.

Videos on social media appeared to show passers-by holding down the suspect on London Bridge.

The face of a hero who bravely disarmed a terrorist suspect... We thank you for your bravery along with the other members of public who helped you. #LondonBridge #LondonShooting pic.twitter.com/YdvnqjZnuA

Another man in a suit could be seen running from him, having apparently retrieved a large knife.

The footage then shows an officer arriving, seeming to indicate to the group to move, and firing a shot.

Only about 20% of the 400 resorts and hotels in the country have re-opened as local tourism slowly picks up. The CEO of the Fiji Hotels and Tourism... 7 minutes ago
LATEST NEWS 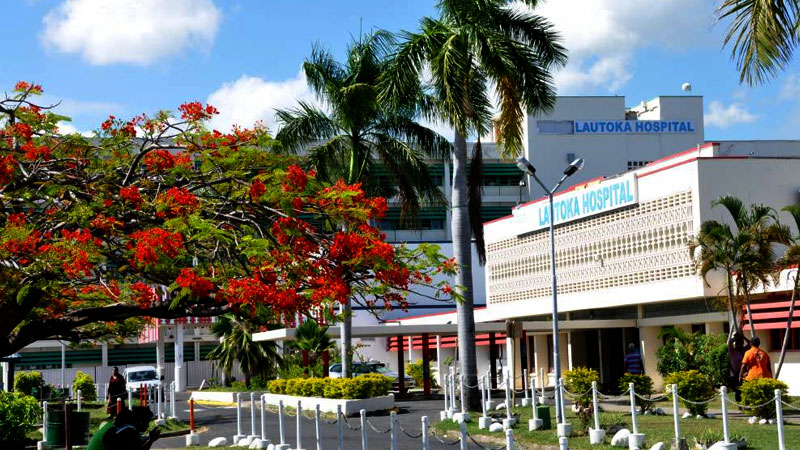 The 14-year-old daughter of the woman who was allegedly murdered in Kabisi, Sigatoka yesterday is still admitted in the Lautoka Hospital after ... 6 minutes ago