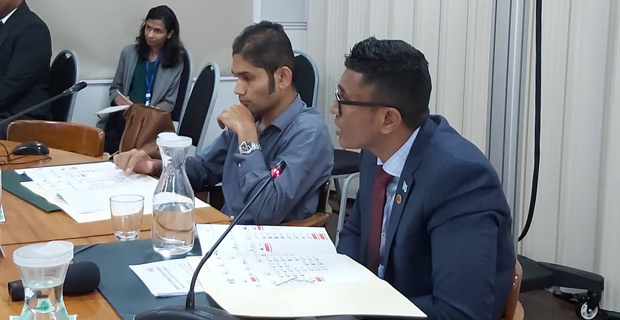 The illegal increasing of rent, failure of landlords to keep agreements and also issue receipts are some of the problems currently being faced by university students that are renting.

These problems which are ongoing in the market have been discovered by the Fijian Competition and Consumer Commission.

Speaking to the Public Accounts Committee, Commission Chief Executive Officer Joel Abraham says they have reached out and had some discussions with the Tertiary Scholarships and Loans Board to look at the students that are registered with them to see how they can foster some exchange of information.

He says they have also been working with the universities and have been giving out regular feedback and reminders to ensure that these matters are highlighted.

Abraham says when issues are highlighted and there is merit in the case, the matter is pursued and taken to court and fines are involved.

He says they are also assisting students from across the region by having discussions with the various head of embassies for other pacific island countries that are in Fiji so that there is a focal point for them to raise concerns and grievances with the Fijian Competition and Consumer Commission.

Abraham says they are facing some challenges in investigating these cases.

The government developed two web platforms through the Geographic Information System (GIS) to better plan and mobilise resources during the COVID-19 ... 20 minutes ago