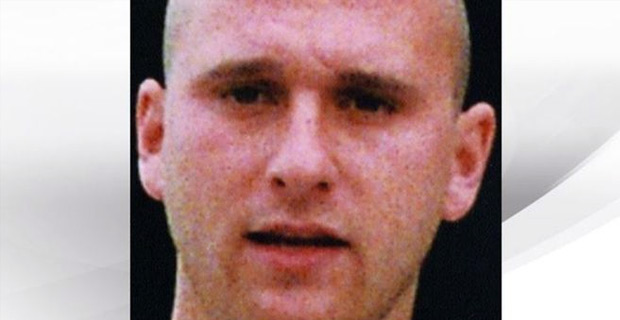 Christopher Guest More Jr was added to Europe's most wanted list in April[Photo:BBC]

One of Europe's most wanted fugitives, who has been on the run for 16 years, has been arrested in Malta over the brutal murder of a man.

41 year old Christopher Guest More Jr,  left the UK after Brian Waters was tortured and beaten to death in front of his two adult children in 2003.

He is alleged to have gone to Waters' farm in Knutsford, Cheshire, to settle a drugs debt.

The National Crime Agency says the man was arrested on Thursday night.

Three other men, John Wilson,  James Raven,  and Otis Matthews,  are serving life sentences for the murder of Waters at Burnt House Farm in Tabley on 19 June 2003.

Waters, was running a cannabis farm when the men stormed the property to demand money.

He was tied to a chair before being whipped, burned, attacked with a staple gun, hung upside down and beaten and sexually assaulted with an iron bar during a three‑hour ordeal in which he sustained 123 injuries.