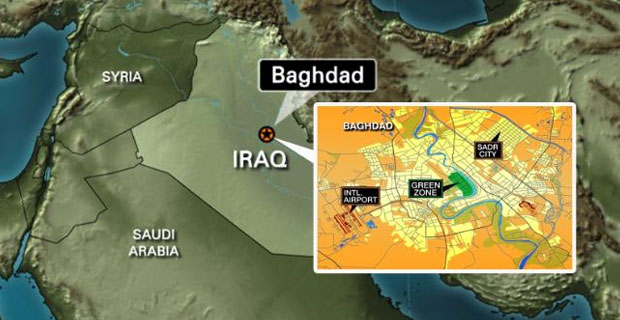 Map showing the fortified Green Zone home to the US Embassy in Iraq [ image: CNN]

Two rockets have landed inside the heavily fortified Green Zone in Baghdad, home of the US Embassy in Iraq.

There are no reports of casualties.

The rockets landed a day after Iran fired more than a dozen missiles at Iraqi bases housing US troops. The attack on Tuesday from Iran did not cause any US or Iraqi casualties.

The Green Zone is an area of Iraq's capital city where the embassies for the US and several other western countries are located.