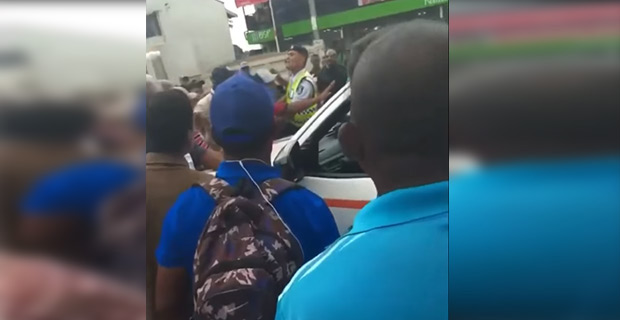 A woman from Kasavu and a man from Bau have been charged with one count of obstruction each for allegedly interfering with the work of Police officers in Nausori on Thursday.

Police say the two allegedly interfered with the work of two Police officers who were in the process of arresting a man after he was found driving a vehicle with an expired wheel tax in Nausori.

Spokesperson Ana Naisoro says despite being asked repeatedly to hand over the keys, the driver allegedly refused and assaulted the officers whereby the two accused came to his aid thinking Police were abusing their powers when they were simply doing their job.

She says as they tried to restrain him he allegedly punched an officer whereby the officer used his pepper spray to subdue the suspect and keep others at arms length who were interfering with their work.

The two people will appear in the Nausori Magistrates Court tomorrow.