Two killed in shooting at Hawaii's Pearl Harbor base

Two killed in shooting at Hawaii's Pearl Harbor base 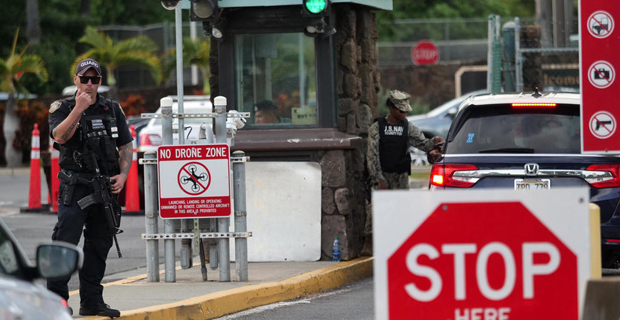 A US Navy sailor has shot and killed two people at the Pearl Harbor naval base in Hawaii before taking his own life.

A third victim was injured and is in a stable condition in hospital.
Base security and Navy investigative services are currently investigating,according to the base's official Twitter account.
"The names of the victims will not be released until the next of kin have been notified.

The shooting took place near the shipyard's Dry Dock 2. The area was put into lock-down but was later reopened.

The naval base is a combined US Air Force and Navy installation, located 13 kilometres from Hawaii's capital Honolulu.

The incident came three days before the anniversary of the 1941 Japanese attack on Pearl Harbour, which led to the US entering World War II.