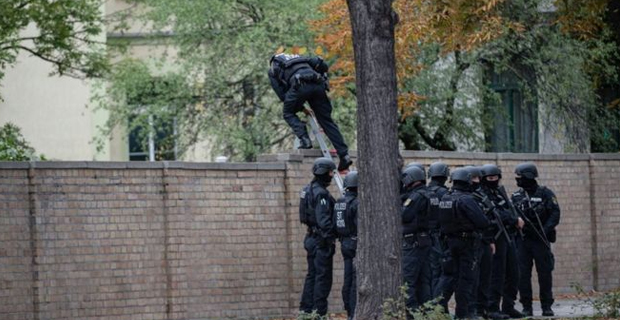 At least two people have been killed and two others injured in gun attacks in the east German city of Halle.

It is thought one suspect, who has been arrested, killed a man at a kebab shop and a woman near a synagogue.

Witnesses inside the synagogue say the gunman tried to force his way through the door, where dozens were inside.

BBC News reports videos from the scene to appear to show the suspect wearing military-type clothing and used several weapons in the attack.

He was wearing a video camera and streamed the attack online.

A lockdown of the area has been lifted, following earlier fears that others were involved and had fled.

Police are still waiting for more medical statements before proceeding in the investigation of the 27-year-old flight attendant from Lautoka who was F... 15 hours ago
LATEST NEWS

There are now no longer weight restrictions on the Vatudova Bridge located between Nabouwalu and Labasa as Fulton Hogan under the supervision of the ... 10 hours ago

A farmer from Nabela in Labasa is devastated after his sugarcane plantation was allegedly set on fire. Aneel Chand says 170 tonnes of sugarcane ... 10 hours ago

Deputy Commissioner of Police, Rusiate Tudravu says there are areas that the Fiji Police Force needs to improve on and they do have mechanisms in ... 10 hours ago