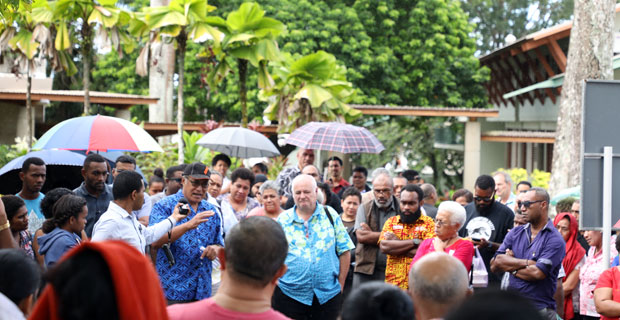 Two major students associations in the University of the South Pacific are calling for greater transparency and the prioritisation of student welfare after Abuse of Office allegations involving current and former USP staff surfaced in a leaked report last month.

One area of great concern for both associations is student accommodation.

The leaked report alleges that the housemaid of a Senior USP staff member was occupying one of the student quarters as her private residence.

It said the maid was employed on a private basis and not as a USP employee.

The report also said that this happened in 2009 when there was critical shortage of student accommodation.

USP iTaukei Students Association says it wants the findings of the investigation by FICAC and the USP Council to be made public when it is complete.

Executive member of the USP Indian Students Association, Shaad Akbar says the first priority should be student welfare and any abuse of funds should be investigated.

With the 2019/2020 National Budget also being announced this evening, Akbar is hoping through the grant given by government to USP there are major improvements in services.