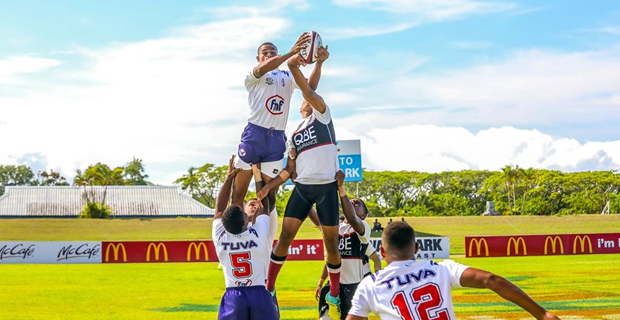 Tuva Youth and Saunivalu Nadi in action during their match

Tuva Youth is on track to defend their title at this year’s McDonald’s Fiji Coral Coast 7s as they have qualified to the quarterfinals of the Youth Competition.

Tuva Youth will be aiming to win their fifth title this year.