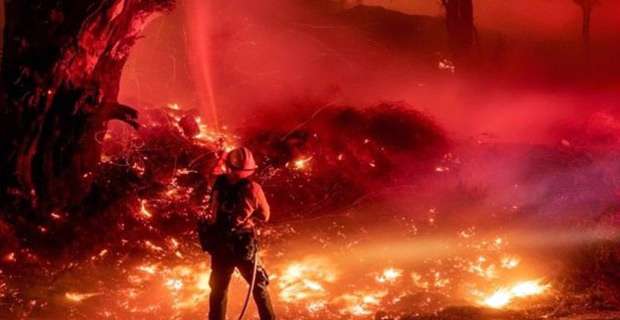 Fierce fires have burned thousands of acres of California [Photo:BBC]

US President Donald Trump has threatened to cut federal funding for the wildfires sweeping California, in a Twitter spat with the state's governor.

Nearly 100,000 acres have been destroyed by wildfires in recent weeks, and thousands have been forced from their homes.

The president made a similar threat last year when fires killed 86 people.

Seventeen Special and Inclusive Education Schools in Fiji have received 50 boxes of cleaning agents donated by Newline Chemicals to help protect ... 50 minutes ago