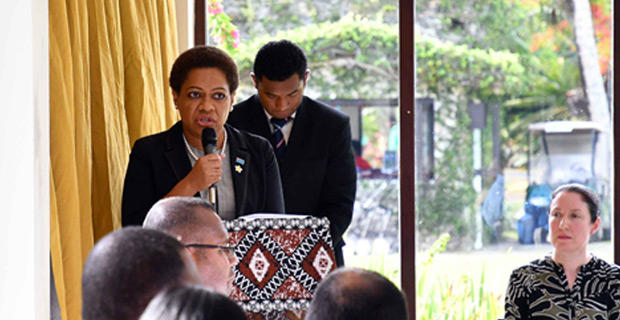 Women and girls make up 72 per cent of all known human trafficking victims worldwide, 49% of the total number constitute of women of which 23 percent are young girls.

This was highlighted by the Minister for Women, Children and Poverty Alleviation, Mereseini Vuniwaqa while officiating at the National Workshop for Human Trafficking and Child Exploitation.

Vuniwaqa says that trafficking is one of the worst forms of violence against women and girls who are used for sexual exploitation and forced labor.

Vuniwaqa says Fiji has some gaps in its border security with a huge maritime space that makes it vulnerable for trafficking as a transit and destination country for men, women and children.

The Minister says the strengthening of our internal controls will effectively reduce the illegal movement of people to other States within the region that transit through Fiji.