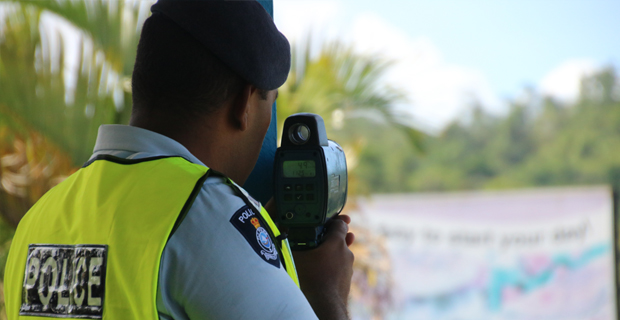 Police say their Traffic and Highway Officers are on the ground everyday and every night however they cannot be at one location throughout the day.

Police spokesperson, Ana Naisoro has made this comment after Legend FM News raised the question on the concerns raised regarding speeding vehicles on Wailekutu onwards to Naboro along Queens Highway.

We have noticed that there has been an increase in reckless driving especially at night along this route.

Naisoro says that throughout the month, traffic and highway officers have been deployed all over the country and drivers also need to do their part and not speed or drive recklessly.

According to LTA statistics released in May, 52,955 motorists were booked by LTA within the first four months in 2019 for speeding and violation of traffic signals.

The LTA says the increasing number of speeding and traffic signal violations compared to previous years is very concerning.

It says there are currently 20 speed and red light cameras placed at strategic locations around the country and they are all operational.

The Authority confirms that they are installing more speed cameras around the country.