Total of 976 drivers arrested for drunk driving in 2019

Total of 976 drivers arrested for drunk driving in 2019 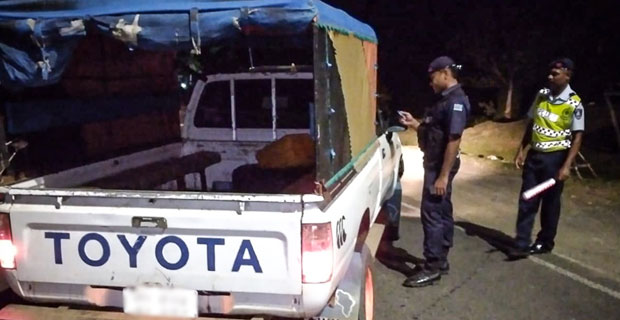 A total of 976 drivers were arrested for drunk driving last year compared to 1,038 drivers arrested for the same offence in 2018.

More than one hundred drivers were arrested for drunk driving in the western division last month.

Western Divisional Police Commander Senior Superintendent of Police Surend Sami says his traffic team is on full alert and they won’t hesitate to arrest and charge anyone found drunk driving.

He says the number of drunk and drive arrests in December last year has decreased compared to the previous year which was 140.

SSP Sami says this year they intend to reduce the numbers with an additional booze bus allocated to them by the Commissioner of Police.

He adds they now have two Booze buses in the western division which will be on the roads to ensure that drivers obey the law.

The Divisional Police Commander adds he intends to make the western roads safer for all road users with the equipment they now have.

SSP Sami says all Police Stations in the west now have breathalyser machines so anyone brought in for drunk driving is tested immediately for alcohol level.

He says all stations also have motorcycles patrolling, doing bookings and the two booze bus roaming the division.

SSP Sami is calling on all drivers to refrain from driving under the influence of alcohol especially at this time when the new school year is about to begin adding children will flood the roads next week and they will also have their team looking after the roads.